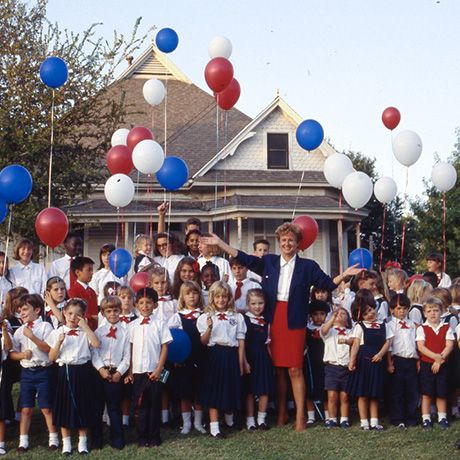 Dallas International School was founded in 1991 to address the needs of French employees being relocated to the Dallas area through foreign-based corporations. Offering a curriculum combined with that of the French Ministry of National Education and English language arts, the employees’ children were offered the best of both countries. Over time American families in the Dallas area became interested in the bilingual education offered at DIS and enrollment increased. Spanish and Chinese language instruction was added to the curriculum by 2006, and the school was accredited by the International Baccalaureate Organization in 2007. DIS now enjoys an educational partnership with the University of Texas at Dallas whereby high school students are able to use university facilities, enroll in dual credit college classes, and apply for DIS-UT Dallas scholarships. A new secondary campus opened its doors in January 2012 to accommodate the growing upper school at 17811 Waterview Parkway near UT Dallas.