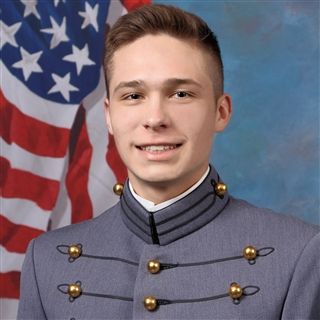 5/2/2020
Continuing to break barriers and strive for greatness, Dallas International School alumnus, Sebastian Gray, has been hard at work, training to become a military officer in the United States Military Academy (also known as West Point). Since graduating from Dallas International School, Sebastian, now a sophomore at West Point, has been balancing an intense academic curriculum (taking 23.5 college credit hours this semester alone), continuous leadership development, and many physical challenges on his quest to become a military officer.
One of the premiere and most prestigious institutions in the country, the United States Military Academy was founded by Thomas Jefferson in 1802, and was part of the original Ivy League. When asked why he chose West Point, Sebastian shares, “I really loved the motto, which is, ‘Much of the history we teach was made by the people we taught.’ I was attracted to its storied 200-plus year history of producing leaders such as Eisenhower, Grant, MacArthur, Patton, and many others. We all get our start in the US Army, but there are West Point graduates in all walks of non-military life.”
Thinking back on how Dallas International School prepared him for West Point, Sebastian recalls how DIS truly provided him with the skills and motivation he now possesses to succeed in his collegiate career. “West Point graduates have always worked cross-culturally and globally, so international perspectives are greatly emphasized. There are more than 15 countries represented in the West Point student body, and world leaders visit the Corps of Cadets every month. DIS first taught me to build bridges between teammates from different backgrounds, and West Point is now refining this important skill."
Looking ahead, Sebastian realizes that his opportunities are endless and is excited to see what the future holds. Knowing he is obligated to serve the country for a minimum of five years after graduation, including combat roles if called on, Sebastian has big plans after his time serving in the military. When asked what some of these plans are, Sebastian states, “Currently, the government is planning to send me to Rochefort, France this summer for a three-week intensive program, where my French background and fluency from DIS will come into play. Following that, I have an ever-changing wish list of plans for the future, including joining different army branches such as Psychological Operations, Military Intelligence, or Armor. While I will embark on the first phase with an open mind toward a full military career, I also realize that many graduates end up pursuing civilian careers. There are many West Point business leaders, which could offer a loyal and supportive network around the world should I take that route. Whatever I decide, West Point emphasizes that all graduates should pursue a lifetime commitment to service, which can take many forms after one’s required military service.”
Dallas International School would like to congratulate Sebastian on his success and hard work, and wish him all the best in his future endeavors. We will be following Sebastian closely as he continues to make us all proud!